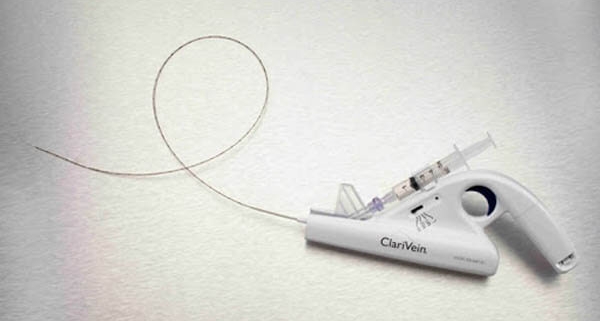 A new randomised trial has revealed that Mechanochemical Ablation can offer more benefits than EVLA for varicose veins. Currently, EVLA (Endovenous Laser Ablation) is considered one of the most effective varicose vein treatments. However, the results of this new study could change the way practitioners treat the condition.

Here, we’ll look at what the new study revealed and what Mechanochemical Ablation entails.

The study enlisted 100 patients who had been diagnosed with primary varicose veins. There were numerous exclusion criteria included in the study, preventing certain patients from taking part. Those who were pregnant, had an active or healed ulcer, and a history of superficial thrombophlebitis were just some of the patients excluded.

The 100 patients included in the study were randomly separated into two treatment groups. One received EVLA treatment, while the other received Mechanochemical Ablation treatment.

All of the patients had an ultrasound assessment of the vascular system and completed a Chronic Venous Insufficiency Questionnaire. After the treatment, follow up appointments were provided after one week, a month, six months and one year. Both treatments proved a success for all patients. However, those who received Mechanochemical Ablation experienced reduced operative time and fewer complications after the procedure.

What is Mechanochemical Ablation?

Mechanochemical Ablation, also known as Clarivein, is actually performed in a very similar way to EVLA. The only difference is that it doesn’t use heat. The procedure involves inserting a rotating catheter into the vein, alongside a sclerosant drug. This effectively closes the vein and it takes around an hour in total to perform.

It only requires a local anaesthetic, so you’ll be able to return home the same day. You will be required to wear compression stockings for around one week after the surgery. An ultrasound scan will also need to be carried out within 1-2 weeks of the procedure.

What are the risks?

There are very few risks associated with Mechanochemical Ablation. The main ones include a risk of infection, allergic reaction, non-closure of the vein and blood clots. However, the majority of patients experience very minimal side effects after the treatment.

Mechanochemical Ablation is an effective varicose vein treatment. This recent study shows its benefits over EVLA, helping healthcare professionals and patients make a more informed choice over the best course of treatment.

For more information on the benefits of Clarivein, call us on 01872 308 520 and book an appointment at the Cornwall Vein Clinic.

We will no longer be accepting new patient referrals after 31st December 2021, but will continue to provide follow-up services to our existing patients, as well as our medicolegal services.